Before his passing, in the dharma assembly on the Spiritual Mountain, Shakyamuni Buddha held up a flower and showed it to the disciples in silence. Only Maha Kasyapa broke out with a smile. Shakyamuni Buddha then announced to all disciples, “What I have is the treasure of orthodox dharma eye, the indescribable heart of nirvana, the true formless form. This profound dharma is to be transmitted without language and outside of doctrines and rituals. This I have entrusted to Maha Kasyapa” In essence, Buddha was saying, “I have the hidden treasure, encompassing the unimaginable dharma for enlightenment, awakening the wisdom from within, and attaining the everlasting Dharmakaya. This unfathomable dharma is invisible to the human eye and indescribable by words. It is a special transmission, like passing a light of the heart, transmitting from heart to heart the light energy of the attainment of the master directly to the self nature of disciple, deposit the disciple with the same attainment. And now I have just accomplished that to Maha Kasyapa.” 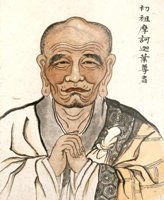 This story is nicknamed as “the Flower and the Smile”, which initiated the transmission of the lineage of Chan summarized into the following statement, “Buddha transmits to true Buddha. Heart synchronizes with true heart. Buddha heart imprints heart.” This is the original and authentic teaching and transmission of Buddha right before his passing and entering the nirvana after 45 years of teaching. It is the ultimate, direct and indescribable process enabling a disciple to be completely in sync with the heart of Buddha, and thus be enlightened in a single instance without the need of language. This heart-to-heart transmission standardized the unique process for the sustaining and promulgating the lineage and tradition of Chan. 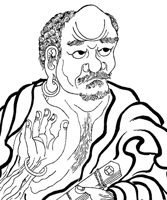 Maha Kasyapa became the First Patriarch of Chan upon the transmission from Buddha. Then this “treasure of orthodox dharma eye” was transmitted to the Second Patriarch Ananda, the Third Patriarch Shanavasa, as well as the Twenty-eighty Patriarch Bodhidharma. Except Master Bodhidharma, the Fourteenth partriach Nagarjuna is probably the one who affected the Chinese Chan most, as the founder of Mahayana Buddhism. His writing about the “The Middle Way” and the teaching of emptiness became the corner stone for founding the “Zhong Guan (Madhyamika) School”, the leading school of the eight major Buddhist schools in China. 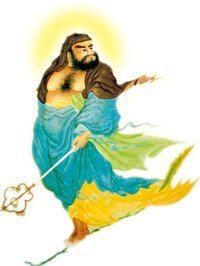 As directed by his master, the Twenty-seventh Patriarch Prajnatara, Master Bodhidharma came to China to transmit the Buddha Heart Imprint. Master Huike became the Second Patriarch of Chinese Chan and Master Bodhidharma became First Partriach of Chinese Chan. While Master Bodhidharma was transmitting, he said, “The Heart Imprint certifies your internally enlightenment. The mantle signifies your external mission.” He also announced his dharma axiom, “I came to transmit the true dharma and salvage all delusions. Flower blossoms with five petals, and fruits ripen naturally.”

The Eleventh Chinese Chan Patriarch Master Yixuan of Linji was from Nanhua of Caozhou (in today’s Henan Province) in the Tang Dynasty. His family name was Xing. He became a monk and admired Chan Buddhism since childhood. First he visited Master Xiyun of Huangbo, and then other Chan teachers such as Master Dayu of Gao’an, Master Lingyou of Weishan, and finally he received Buddha Heart Imprint from Master Xiyun of Huangbo. In the eighth year of Dazhong of Emperor Xuanzong of the Tang Dynasty (854 A.D.), he went to Zhenzhou of Hebei and resided in the Linji Temple. He introduced some special methods (such as Four Shoutings, Four Hosts & Guests, Three Subtleties & Three Essentials, and Four Instructions) to teach his disciples. He was particularly famous for his sharp wisdom and thus gained the name of “General Linji”. Master Yixuan became the founder of the Linji Order. He accepted and transformed many disciples, often demonstrating great wisdom and applications through shouting and scold. These practices were worldly known as, “Deshan’s stick and Linji’s shouting.” The belief was that people would not be awakened without being shouted at, and that to spare the stick was to spoil the disciples. His style was sharp and harsh, and he was extremely strict with his disciples. However, his school was popular and he had a large number of followers. His order became the most popular and the longest lasting school among the five Orders of Chinese Chan, with its lineage still in existence today. His teachings were passed down through twenty-two disciples, including Master Cunjiang of Xinghua, Master Huiran of Sansheng, and Master Zhixian of Guanxi. 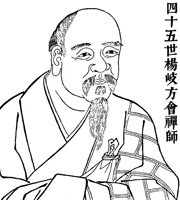 The Eighteenth Chinese Chan Patriarch, also the Eighth Patriarch of Linji Order, Master Fanghui of Yangqi, started a new teaching style in Mt. Yangqi of Yuan Zhou City (north of Today’s Pingxiang County in Heibei Province), and later it was called the Yangqi Sect. “The Second Record of the Transmission of the Lamp” mentioned that the Yangqi Sect combined the teaching styles of both the Linji Order and the Yunmen Order. At that time Chan practitioners highly respected Master Fanghui, because he inherited the forte of Master Huaihai of Baizhang and Master Xiyun of Huangbo, as well as the wisdom and its application from Master Daoyi of Mazu. His style was like a powerful dragon. Majority of the later day Linji practitioners were from the Yangqi Sect, which was later called the Linji Order. The Fourth Patriarch of the Yangqi Sect, Master Shaolong of Huqiu, established another sub-sect call the Huqiu Sect. It followed the teaching style of the Yangqi Sect and became quite popular for a long time. 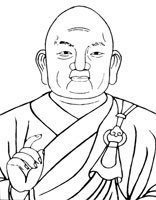 The Thirty-sixth Chinese Chan Patriarch, also the Twenty-Sixth Patriarch of the Linji Order, Master Fengtou (Phoenix Head) of Beijing Xishan, with Liu as his family name, was born in the third year of Jianwen in the Ming Dynasty (1401 A.D.). His family was well-respected in Jiangpu. He became a monk at the age of seven, followed Master Qingsou of Ling’gu, and later went to the Tiantong Temple to study with Master Guanweng of Tiantong. In the first year of Xuande, Emperor Xuan-Zong assigned Master Guanweng as the abbot of the Qinshou Temple. Master Phoenix Head followed him to Beijing and taught sutras to the royal family very often in the Forbidden Palace. Emperor Xuande rewarded him with luxurious monk robes. In the first year of Zhengtong, Emperor Yingzong summoned Master Phoenix Head and assigned him as the Chief Lecturer of the Religious Department. The Emperor saw Master Phoenix Head’s “special physique and upheaved skull” and called him “Monk Phoenix Head”. However the Master humbly called himself just “Goose Head”. That is why he was remembered as Master Phoenix Head or Master Goose Head historically. In his final years the Master stayed in the Lingshan Temple in south Heinan, which is one of the four ancient temples in the middle-land of China, where he practiced Chan Ding all day long and seldom shaved head. His disciples followed this particular tradition generation after generation. Not shaving the head became a legendary feature at the Lingshan Temple.

Master Phoenix Head left a dharma axiom:
Purity, morality, study, and accomplishment.
Buddhist dharma enables benevolence and wisdom.
Self natures are innately perfect and bright.
Practice the principles. Reach awakening and enlightenment.
It was written with twenty four Chinese characters. Each character was being included in the name of the patriarch for each generation. These Chinese characters are: 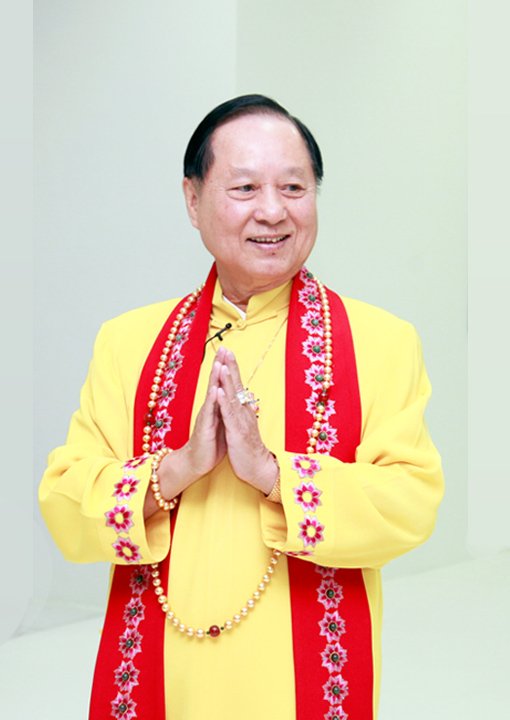 Chan Master Wu Chueh Miao-Tien received the transmission from the Fifty-seventh Patriarch, Master Jingzai (with the generation character of Tong), and is the twenty-third generation (with the generation character of Wu) since Master Phoenix Head. He is the Eighty-fifth Patriarch since Shakyamuni Buddha, the Fifty-eighth Patriarch since Master Bodhidharma, as well as the Forty-eighth Patriarch of the Linji Order. Chan Master Wu Chueh Miao-Tien presented three dharma axioms and thirty-two Chinese characters indicating thirty-two generations of the Yan Sect after him.

The three dharma axioms are:

In Chinese, these thirty-two characters are: